We would like to offer our sincere support to anyone coping with grief. Enter your email below for our complimentary daily grief messages. Messages run for up to one year and you can stop at any time. Your email will not be used for any other purpose.

Share a memory
Obituary & Services
Tribute Wall
Read more about the life story of Doris and share your memory.

DORIS VIRGINIA EGGLESTON slipped away to meet our Lord on Monday, April 20th with soft piano music playing and her daughter, Karen, by her side.

She was born to Arthur W. and Clara (Slye) Augspurger in Warren County, Ohio and grew up in Middletown, Ohio.  She married Alfred (Gene) Eggleston on December 24th, 1949.  They celebrated 60 years together before his passing.  She is survived by daughters Kathy Thackston of Houston, TX and Karen Gagermeier of Sidney, OH, and grandsons Reece Tennery of Atlanta, GA and Parker Tennery of Rapid City, SD.  Her parents, and sister, Carol Jeanne Snyder of Middletown, OH, precede her in passing.

Doris was a graduate of Muskingum College with a B.S. degree in Business Education.  She earned an M.S. degree from the University of Dayton with additional study at Ohio State and Wright State Universities.  She has also been a member at one time of the Shelby Co. Retired Teachers, Shelby Co. Historical Society, Logan Co. Historical Society, Sidney American Legion Auxiliary, Sidney VFW Auxiliary and Sidney Square Dance Club.

Doris loved teaching and travel which took her and husband, Gene, from schools in Bellefontaine, Columbus, Sidney and Greenville to international classrooms in American Somoa and the Republic of China.  They also hosted exchange students in their home from South America, Sweden, Switzerland and the Philippines.  Doris later taught English as a second language to migrant children from Mexico and tutored Japanese children and adults sent to Ohio by Honda.  She authored a book about their experiences in American Samoa, one about China, as well as two books of veterans stories and one of her experiences growing up in rural Ohio.

Learning to play piano at an early age, Doris played all her life for her own entertainment and later for others entertainment at Dorothy Love Retirement Community where she made her home since 2010.  Avid RVers, Doris and Gene traveled through most of our 50 states including Alaska as campground hosts two different seasons.  Other interests were water aerobics, dancing - ballroom, line and square, and most of all, spending time with family - particularly grandsons!

Due to current COVID19 social distancing, the family has opted not to have a funeral service to protect family and friends.  Doris will be interred at Highlands Memory Garden in West Liberty alongside Gene.  Doris asked in lieu of flowers, donations be made to the American Cancer Society.  Arrangements are in the care of Cromes-Edwards Funeral Home.  Condolences may be expressed to Doris's family at the funeral home's website, www.cromesfh.com

To send flowers to the family or plant a tree in memory of Doris Virginia Eggleston, please visit our floral store. 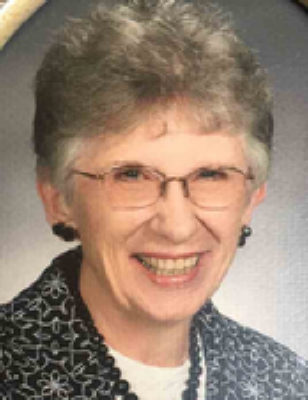 In Loving Memory Of

Look inside to read what others
have shared
Family and friends are coming together online to create a special keepsake. Every memory left on the online obituary will be automatically included in the book.

In Loving Memory Of

Look inside to read what others have shared

Family and friends are coming together online to create a special keepsake. Every memory left on the online obituary will be automatically included in the book.

You can still show your support by sending flowers directly to the family, or by planting a memorial tree in the memory of Doris Virginia Eggleston